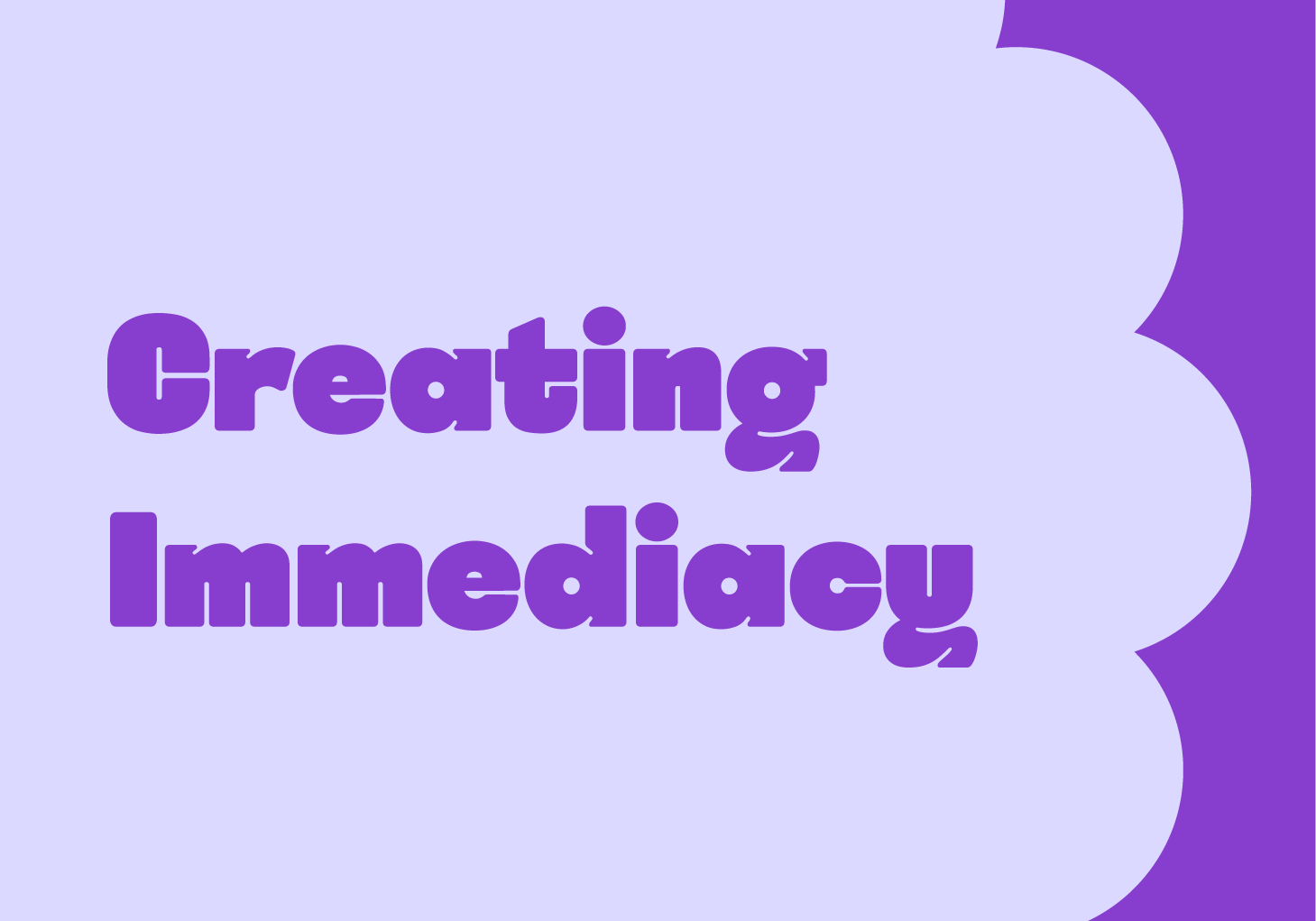 Hi, it’s Steve Burns here. But you might know me as just “Steve” – just one name, like “Prince” or “Madonna”, but totally different because you probably know me as “Steve from Blue’s Clue’s”. It was a very educational children’s television show in the 90s, but we’ll get to that later.
But let’s talk about you, just for a second.

This must’ve been a crazy couple of years for you as an educator. I can’t even imagine how difficult that must’ve been. It’s like society sort of tasked you with holding civilization together, in ways that were completely bizarre and unfair and you had to use all of these tools that you were not used to, to create what is ultimately an interpersonal experience – education is ultimately an interpersonal experience where knowledge is passed from one human being to another. And it must’ve been really really hard. I know a bunch of teachers and they were really going through it, and I just want to say how honored I am to be able to talk to you about it and how much I admire what you guys do and what you guys continue to do.

A little bit about me, I admire educators so much; in fact, I went to a tiny little college in a cornfield in Pennsylvania, a little catholic university in the eastern United States. I was a theatre major. But I was about to quit being a theatre major because I thought, “This is cool and this is fun, but this isn’t a way a human being can make a living, this is a strange thing to do with your life.” And what I was going to do was quit and become a teacher! That was my honest intention. But just as I was about to do that, I won a national acting award – because of that, there was a little flurry of interest in me in New York City as an actor; I had an agent and a manager and my girlfriend at the time said, “You’re an idiot. You should at least go try that before you quit acting. The rest of us are still trying to get agents – you’re ahead of the game!” So I went to New York City to be a very gritty actor. To be Al Pacino, to be Dustin Hoffman, to be a little dangerous, gritty actor.

I think Blue’s Clues was my second audition – I was immediately this “Steve” guy. I thought it was going to be a voice audition, to be the voice of a cartoon. I don’t know if I even would’ve gone to the audition if I had known it was going to be this host of a kid’s show; I never in a million years expected or anticipated being on a children’s television show. So when I went to the audition and there was a camera in the room, I thought… “Oh boy… I better do something.”

So I looked at the script and it was like a game show, and I said “No no, I am going to act the hell out of this. I am going to Dustin Hoffman this script.” So I made it this really personal thing, approaching and talking to the camera like we were buddies – like it was a conspiratorial or parenthetical moment between us. So I made it this personal relationship – I didn’t think that would work, but they showed it to kids, and they freaked out and lost their minds, and suddenly Blue’s Clues took off.

Here’s why I’m telling you all that. I immediately realized that my role on that show while I was acting it, I was actually an educator. Blue’s Clues was brilliantly conceived—Angela Santomero, Traci Johnson, the people who created Blue’s Clues, brilliant, brilliant people—every beat of that show, every moment of that show: the repetition, the way that it is an homage to Fred Rogers, the way that it is structured, it’s all a brilliant curriculum. That’s what Blue’s Clues was, a curriculum for preschoolers, and my real job was to facilitate that curriculum. Which made me think, “Oh! Now I’m an educator. Accidentally.” But I felt really weird about it because I hadn’t studied education, I wasn’t a child development specialist; I wasn’t a teacher, but my job now was to teach, was to educate, was to facilitate this curriculum. And I felt totally underqualified. I used to say all the time, “This is great, and I’m glad it’s so successful – but don’t you think this should be a teacher doing this? Don’t you think it should be a child development specialist, or an educator doing this?” So I always felt wrong-footed and miscast in that role.

So, flash forward to now, and the same thing is happening to you. You’re an educator, and now they’re saying to you, “Be entertaining through this lens. Be compelling, hold attention, develop attention. Lead. Teach.” Do the interpersonal thing this way – through the screen. So just as I was an accidental educator, now you guys, in a way, are being asked to be accidental entertainers. I say that because of the conventions that we’re using. We’re using a screen and we’re using a camera—again, I’m not a Child Development Specialist, this is just what I’m assuming—and it seems to me that students are highly conditioned to screens as things that entertain them. As things that they’re passively entertained by. Kids have such a comfort level with technology but it doesn’t seem to me, in talking to my teacher friends, that the same familiarity with technology really translates into a comfort level with the screen. So it must be so difficult to be trying to communicate with people on these really difficult levels. It’s hard to teach people things, and it must be so difficult to do that, through the screen, with people who are used to zoning out. Also the separation with the screen, it seems to me that it would create a very low-stakes environment for the student; where they can tune out, do whatever, Google answers. Their presence doesn’t include the possibility of failure the same way it does in a class, which can be super motivating.

I don’t have the answers to any of this, but I can tell you what I did. I can give you my recipe for what I call “immediacy”. How can we create a sense of immediacy through this highly mediated form and environment?

So, Blue’s Clues was based on a lot of really compelling research out of the University of Massachusets, by this guy named Dan Anderson. What he was studying was attention, especially very young people when they watch television. There’s so much attention given to it – TV has this ability to hold attention, and we were trying to figure out what that was all about. I read some of this research and one thing that he pointed out was the concept of dynamic fluctuation – that’s something really loud, followed by something really quiet, then loud again; or something really bright, followed by something really dark, followed by something really bright. We know these dynamics, they work in music and media all the time. And it occurred to me, “Hey, I can use that as an actor. I can use those dynamics, I can use those pedals to hold attention around curricular moments.” So, I based the character of Steve off Grover from Sesame Street, because he had the near/far dynamic. Grover would be really near to the camera, and then he’d be really far away, and then he’d be really near. So what I did, whenever we’d have these moments in Blue’s Clues when I saw a clue, I would utilize these near/far dynamic fluctuations to hold attention right when I needed to.

The good news is, I believe this is still kind of arresting for adults, young adults, and tweens. I think it’s a good device to maintain and develop attention with a lens. And you can do that in regular conversation; you can start to make your point by fluctuating your dynamics spacially, or vocally. Another trick I would always use was just pacing. I would talk really, really, really fast, knowing eventually I was going to slow down at certain points to create emphasis and hold attention. You can imagine all the other ways you can do this – just with pausing and volume. But the real thing that I believe creates a sense of immediacy, is if you can find a way to have intentional dynamic shifts. That’s a little “actor-y”.

I don’t know if this is necessarily useful from an educational standpoint, but the fluctuations that I would use the most were a sense of wonder and a sense of vulnerability. That creates authenticity: a vulnerable moment where it approximates an actual interpersonal relationship. Another trick I would use a lot, which might help in certain moments, was “status”. I talked to the camera always as though it was one person (never a group) and in a very specific way – as if the person I was talking to was at a higher status than me. They were cooler than me, and I was always, in a way, trying to impress them. This might not necessarily apply to a student/teacher relationship, but the effect of that creates a peer-to-peer relationship that can help generate engagement through the camera.

The other thing I would do a lot was active listening. A lot of children’s TV shows spoke to the camera, but what I like to think we did differently, was listen to it. So I spoke to the camera, then I would imagine a specific response, and I would do that in silence. That’s not the way we’re used to dealing with cameras and screens, so I think that cuts through.

By really creating and investing in those moments in a way that feels real—especially when you can’t be in the same room bouncing off one another—means you’re creating an environment that doesn’t have to feel as abstract and removed as it is. I don’t know if those things are helpful or not, but that’s just my little bag of tricks that I would use for Blue’s Clues, and I hope that they are useful to you as an educator.