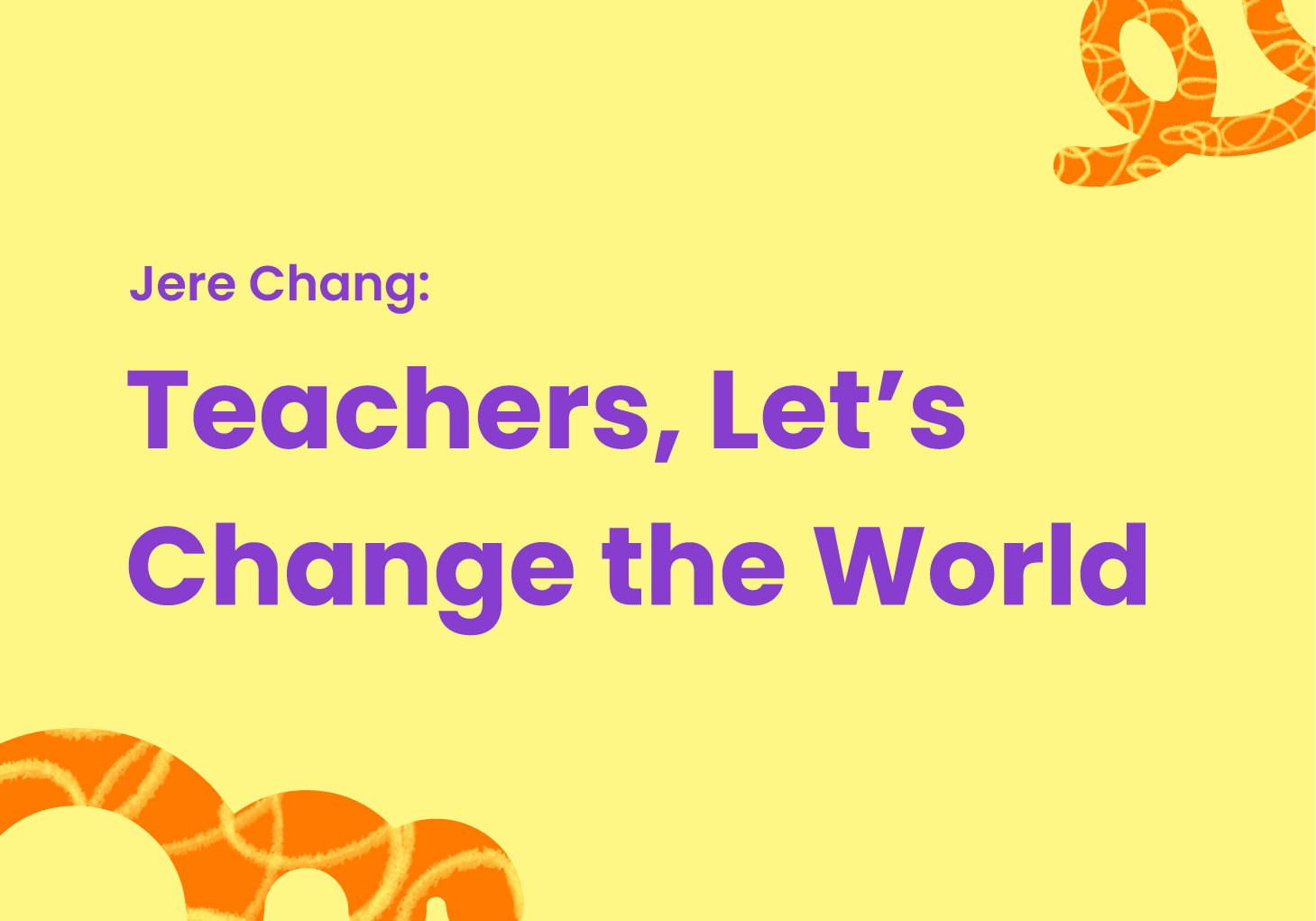 This back to school season is different than any other, because for most of us, it’s the first time in over a year we’re back in the classroom, and that comes with new challenges.

I really wanted to find ways to inspire you teachers who are watching or reading along – so I did what we all do these days; I turned to the internet.

I found a couple inspirational quotes I absolutely loved:

“Education is the most powerful weapon which you can use to change the world.”

“Education is not preparation for life. It is life itself.”

As a matter of fact, inspiring is just one of the many hats that we wear as educators.
And that’s what I want to focus on here – we can go from wearing our teacher or inspiration hats to our artist or planner, or protector hat in a matter of seconds.

That deserves to be recognised, celebrated and most of all, remembered during tough times.

Let me explain more with a couple of stories.

Nine years ago when I was a second-grade general education teacher, a week before school started, my principal approached me and asked to talk about my class for that year.

She explained how there were new students starting with very “involved” parents. Notably, there was one student whose parents had already contacted her before school had even started. This student’s behavior in first grade was challenging and his parents specifically requested a teacher who could shift his educational path to a more positive direction. My principal started talking me up—she really knew how to work my ego—so I eventually agreed: I was the best teacher for the job.

Fast forward to the first day of school. I finally locked eyes on the student that my principal had told me about. Everything about his body language was telling me that he’s not happy to be here. But, with my principal’s encouraging words still floating ‘round my big head, I knew there had to be something I could do.

I walk over to have a little one-on-one chat, to introduce myself and the fun we’re all going to have. He looks up at me and replies, “I don’t like it. I don’t like this school. I don’t have any friends here. I don’t want to be here.” (At least he was honest.)

After trying again, to the same response, I thought I should give this student some space. That’s when he started involving the kids around him – I wasn’t about to give that space. I attempted to get to the bottom of the problem, but before I knew it, this student slammed his hands on the table and took off running down the hall.

Now, of course, I took after him, but I couldn’t just yank him by the arm. I had to cling onto his body and try to calm him down, while also thinking about all the emails I’m probably going to get from these involved parents. As gently as I could, I explained that my number one job, above all, is to keep them safe and to keep the children in the classroom safe.

My words seemed to work, I had the student cooperating, but there was still a phone call I needed to make. So, I rang the father to explain what had happened. Now, I know I’m fortunate because this student’s father was super supportive and put his trust in me and my experience. This opened up clear and constant communication between all of us, and this student ended up having a great year in second grade. His family credited me and many other teachers for shifting their son’s educational path in a positive direction.

Now, this story isn’t to brag but to highlight all the different hats I had to wear, without a second thought. I went from teacher to protector, to track star at one point. But the one that stands out the most, is flexibility. A hat I was about to get very familiar with.

Nothing could have prepared me for March 2020. Due to COVID19, all schools in the state of Georgia were closing for two weeks.

My first reaction was to celebrate – I could have lunch breaks; drink my coffee while it’s hot; use the bathroom whenever, just like my corporate friends! Soon after, reality slapped me in the face and I realized, I can’t teach from home.

After freaking out for a bit, I turned to you: teachers. We started sharing videos, giving tips, and joining apps like Kami to try and get our digital classrooms up and running. It felt like we were really getting ahead of this teaching from home stuff.

Sadly, those two weeks turned into the rest of the year.

From there, our district decided to go virtual. I decided to give it my all because my students deserved my best. I wrote some fun and engaging virtual units and the kids loved them.

But as days turned to months, I noticed student engagement and excitement started to wane.

And for the first time in 25 years; I felt my passion for teaching start to fade.

I started asking myself, why do I teach? Why do I do this?

Again I turned to the internet and found this blog. It asks this very question to teachers all across the United States. Here I found a common theme: to change the world, to make an impact, to watch a student grow.

And that’s what I do. I teach to change the world.

When you next go back to the classroom, I want you to ask yourself: “Why do I teach?”

Because our students deserve the answer now more than ever.

Take your hats of passion and inspiration and flexibility, and bring them to the classroom.
If anybody can go into a classroom and change the world, it’s us; it’s teachers. Because teachers are flexible, dynamic and above all we’re teachers.

Speaker: Jere Chang is a Gifted Educational Teacher with over 25 years of experience, from Atlanta, Georgia. She has amassed an amazing following of educators on TikTok, and would love for you to join. Follow her on Instagram and Twitter, visit her website, or say hi and have a chat about your teaching hats over email.